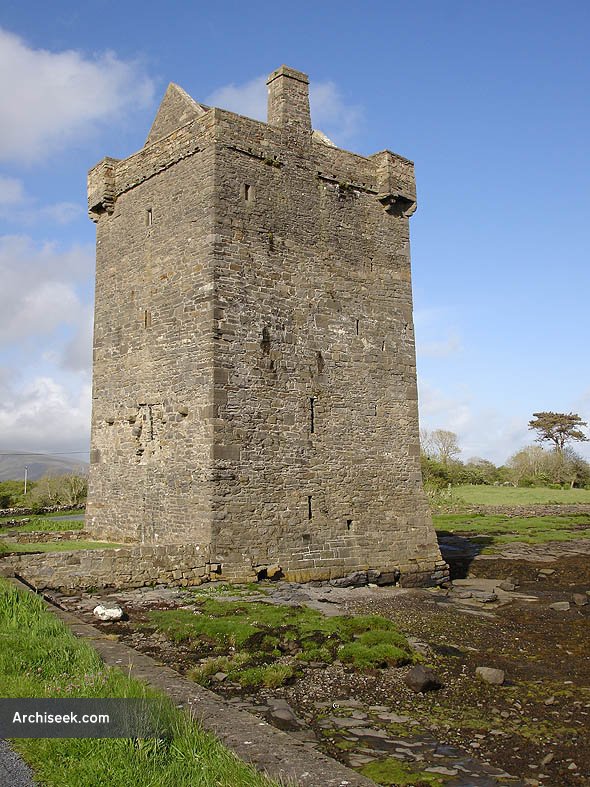 Rockfleet Castle or Carraigahowley Castle (Carraig-an-Cabhlaigh), is a tower house near Newport. It was built in the mid 16th century, and is most famously associated with the legendary Grainne ni Mhaille, Grace O’Malley, the pirate queen and chieftain of the clan O’Malley, who lived here after she married Sir Richard Burke (Richard the Iron) in 1566.

The castle has four storeys with a small rectangular corner turret rising above the parapet. The principal apartment was in the top floor where there is a fireplace. After the last war the building was restored by the diplomat Sir Owen O’Malley, a direct descendant of Grace, who lived in the nearby late Georgian house.