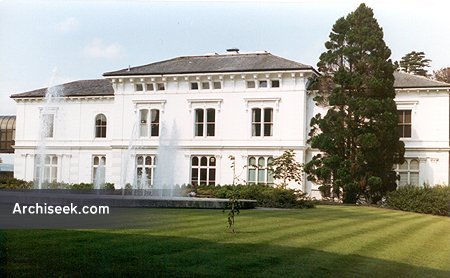 Italianate style villa now part of the buildings of the Univerity of Limerick and known to the students as the white house (because it contained the offices of the President of the University). Originally the estate was owned by Robert Clive who renamed it Plassey after his victory in India. He later became Lord Clive of Plassey.

The house has a columned porch to the west and is three stories in height, the third floor being artfully hidden in the roof level. The house was rebuilt by a local firm in 1875 – Joseph Fogerty & Son.