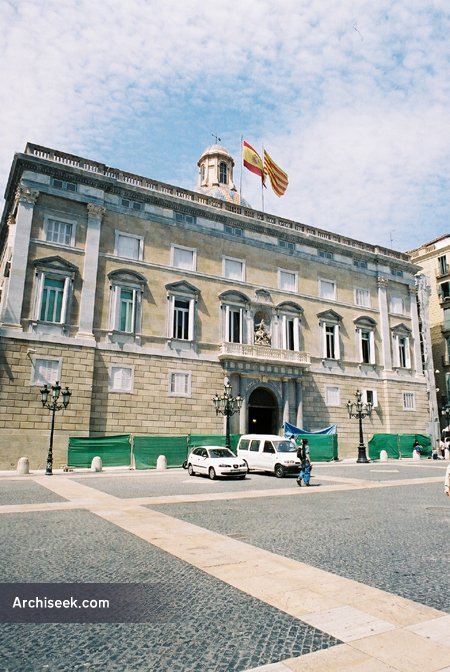 Seat of the regional Catalan government, the Palau de la Generalitat dates from the early 15th century but has been remodelled over the centuries. The facade shown is a late 15th century development facing onto Plaça de Sant Jaume with the original main facade down a narrow sidestreet. The interior is based around a large courtyard (formerly a Orangerie) and has grand ceremonial rooms and meetinghalls.