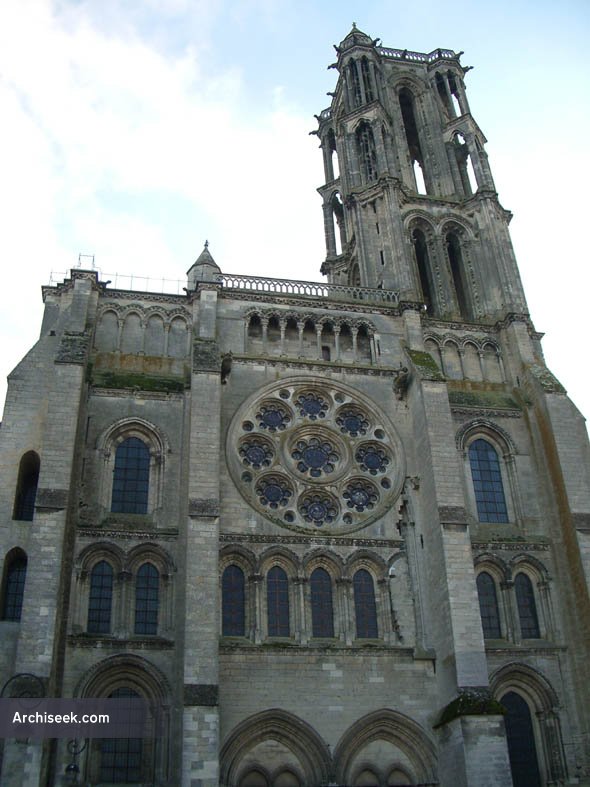 The cathedral of Notre-Dame of Laon dates from the 12th and early 13th centuries. The former cathedral burned during the communal insurrection in 1112, occasioned by the revocation of the commune’s charter. The present reconstruction began with a choir about 1160 and was finished as far as the east side of the transept by 1174. In a second campaign, which started about 1180, the nave was built, and completed after 1205. Then the choir was replaced by the greatly lengthened present choir in 1215. Laon lost its bishopric during the Revolution, the cathedral has ever since been the parish church of Laon.

The building is cruciform, and the choir terminates in a straight wall instead of in an apse. Of the seven planned towers flanking the facades, only five are complete to the height of the base of the spires, two at the west front, with life-size figures of oxen beneath the arcades of their upper portion, one at