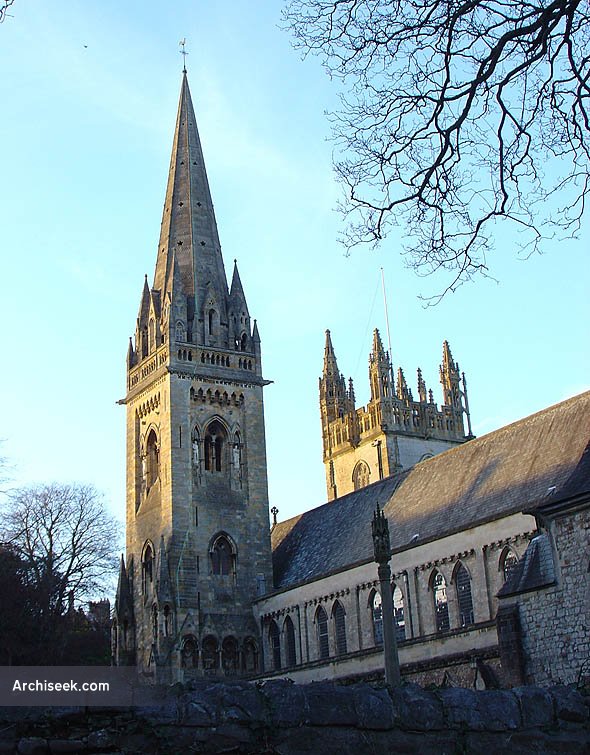 The Cathedral Church of SS Peter & Paul, Dyfrig, Teilo and Euddogwy is the mother church of the Diocese of Llandaff and is the seat of the Bishop of Llandaff. The present cathedral dates from 1107 when Bishop Urban, the first Bishop appointed by the Normans, instigated the building of a much larger church. The arch behind the High Altar was built at that time and the doorway that now leads to the St David (or Welsh Regiment) Chapel may have been the West door of Urban’s church until it was moved to its new site when the Cathedral was extended and widened and a new West front built about 1220.

In 1734 restoration began but the “Italian Temple” which John Wood, the Bath architect, planned to construct in the fabric of the mediaeval cathedral was never quite completed. A hundred years later, new life and growing prosperity in the Diocese made possible a fresh restoration undertaken by J. F. Seddon and John Pritchard. They were responsible for much of the present structure including the South West tower and spire, completed in 1869, which replaced the early-12th century tower which collapsed in 1722. A great deal of the 19th century work inside the Cathedral perished when the building was heavily damaged and the roof destroyed in the Second World War.