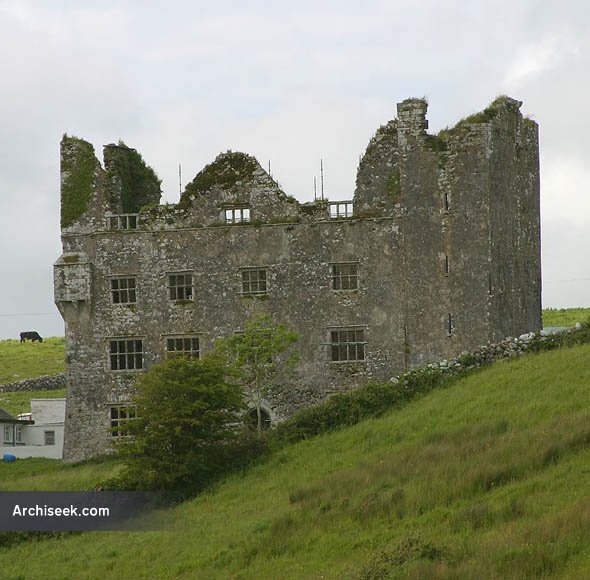 Lemenagh Castle was both a castle (1480) and fortified house (1640) and was one of the principal strongholds of the O’Brien’s. The fortified house was built by Conor O’Brien who was married to Maura Rua or Red Mary. An inscription is found over the entrance porch in the following words: “This was built in the year of our Lord 1648, by Connor O’Brien, and by Mary-ni-Mahone, wife of the said Connor.”

Conor O’Brien who was married to Maura Rua or Red Mary, returned from battle seriously injured, but she refused him admittance on the grounds that she believed he was dead. Eventually he was allowed in but died shortly thereafter, possibly by her hand. Red Mary remarried to improve her position.