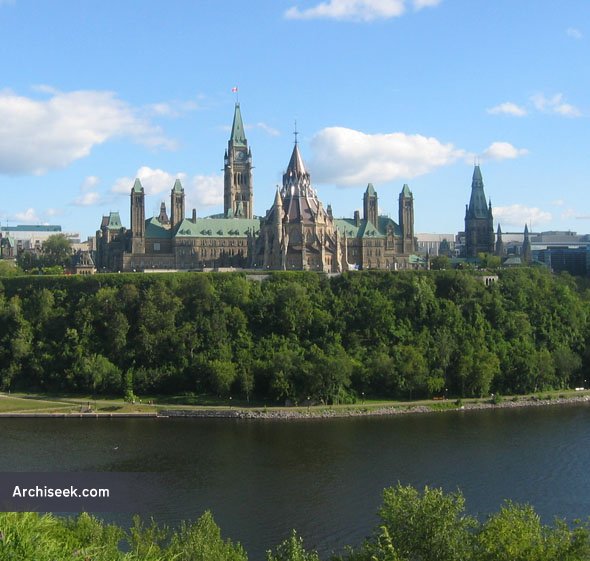 The original structure was designed by Thomas Fuller and Chilion Jones. The Palace of Westminster in London had recently been rebuilt in a Gothic Revival style, and the choice of a gothic rather than an American inspired neoclassical design, was a symbol of Canada’s continued links to Britain.

The building was entirely destroyed by fire in 1916 except for the Library of Parliament, whose treasures were preserved by a quick-thinking librarian. The Centre Block was immediately rebuilt, being completed in 1920, with the Peace Tower, commemorating the end of the First World War, being completed in 1927. The new structure, again embraced Gothic Revival, but also integrated the Beaux Arts ideas current at the time.

The Peace Tower is the most prominent part of the buildings at 302 feet tall. It replaced the 55-metre Victoria Tower. Like the entire interior and exterior of the building, the tower is decorated with approximately 370 stone carvings, including gargoyles, grotesques, and freizes.