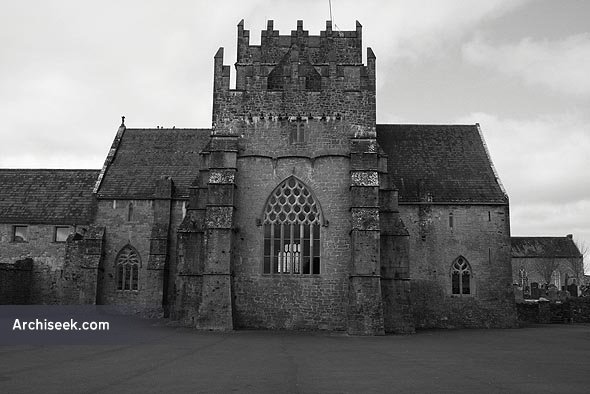 A medieval Cistercian monastery, Holy Cross Abbey was a place of great medieval pilgrimage, and with the Reformation, also a rallying-point for the dispossessed and victims of religious persecution.

Founded by the Benedictine Order in 1169, by 1186 the Cistercians had taken over. Little remains of the original building, the west gable and the south aisle are 13th century. The majority of the church seen today dated from the 1450-75 when it became a place of pilgrimage due to a relic of the True Cross.

Following the Cromwellian war, Holy Cross Abbey fell into ruins. Local people used the roofless ruins as a burial place after 1740. It became a scheduled national monument in 1880, “to be preserved and not used as a place of worship”. 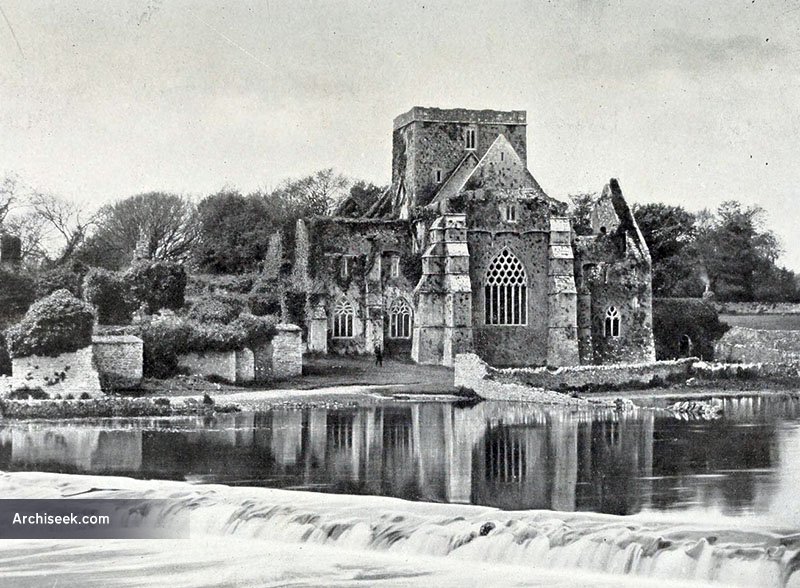 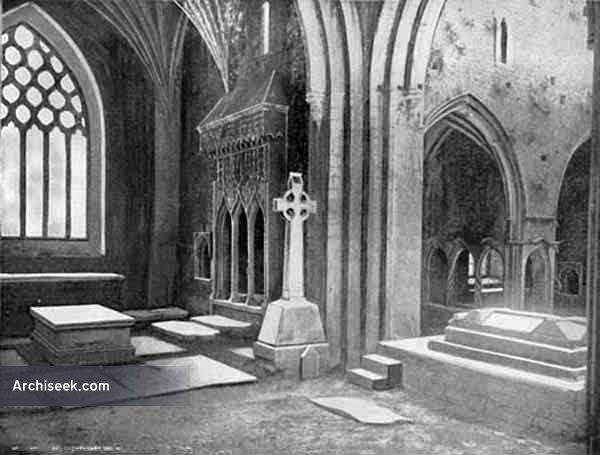 In 1966 a move was initiated to restore the Abbey church and bring it back into use for the local community. Eventually the government was approached to remove the hindrance contained in the Irish Church Act in order to allow the National Monument to be used again as a place of worship. The following year the government announced its intention of introducing the necessary legislation and on the 21st January 1969, at a commemorative meeting in the Mansion House, Dáil Éireann began the first stage of the Holy Cross Bill, 1969. The Bill entitled “An Act to enable the Commissioners of Public Works in Ireland to restore for ecclesiastical purposes Holy Cross Abbey in the County Tipperary” was passed, without opposition, by the Dáil. The Act of 1869 was amended to make this an exception. Archaeological exactions began in the Abbey shortly afterwards and restoration began in 1971.

The chancel is considered one of the finest pieces of 15th century architecture in Ireland with a beautiful window and elaborate ribbing on the vaulting.