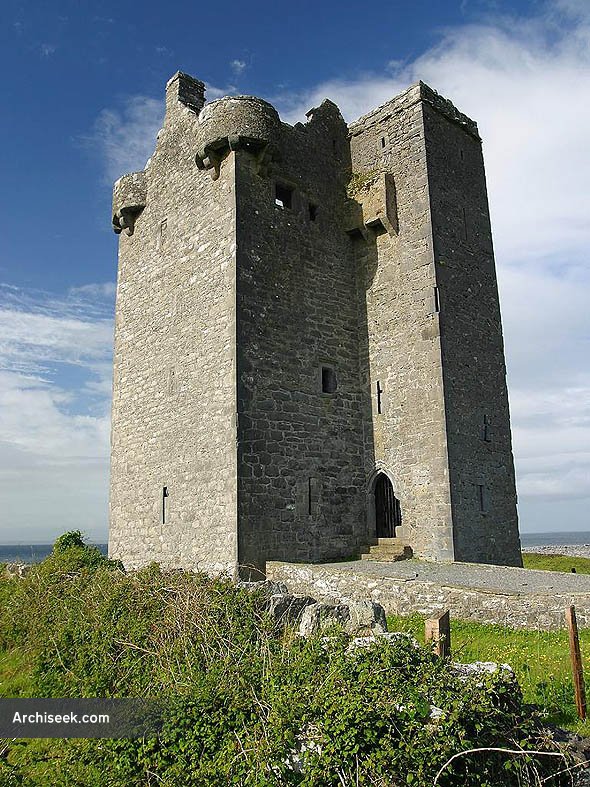 Gleninagh Castle is a well-preserved sixteenth-century tower house stands guard over the northern shoreline of the Burren. It is an L-shaped building with a spiral stairway in the narrower east section. The doorway, within the angle of the L, is protected by a wall bartizan. The castle gas round bartizans on three corners of the main tower, while an attic in its roof was contained behind gables on all four sides. The third storey is vaulted as is a basement level. The castle was built for the O’Lochlainns, who were still resident in the 1840s.