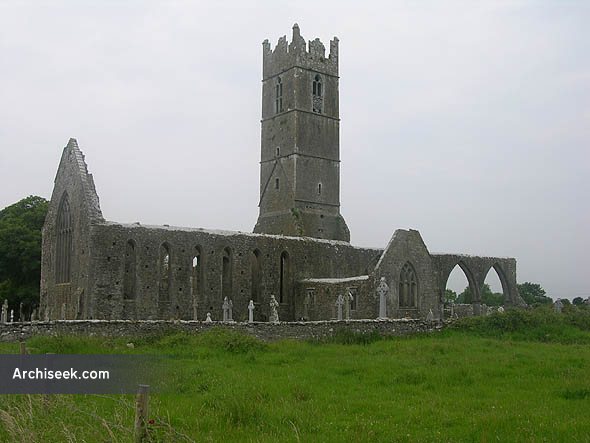 Probably founded by a Norman lord, John de Cogan in the first half of the 13th century. Like other monasterys of the period, the buildings were clustered around a central cloister. In the mid 15th century, the tall tower was added to the church. The abbey was dissolved by Henry VIII around 1570.