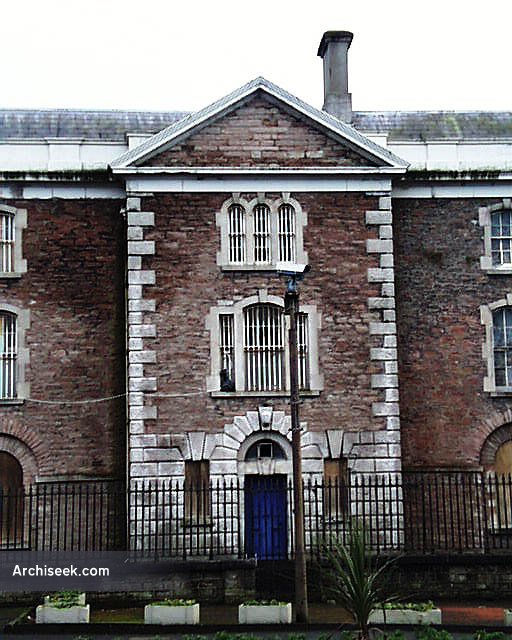 The old jail building is sited at the opposite end of the Mall from the Courthouse. This must have made for a depressing last journey from sentencing, as the guilty (and probably poor) glimpsed the fine houses of the wealthy for the last time. A large building of three storeys, its is built of rubble stone with cut stone trimmings. The ground floor windows are roundheaded set in shallow recesses. There are two entrance bays along the main façade. Now disused.