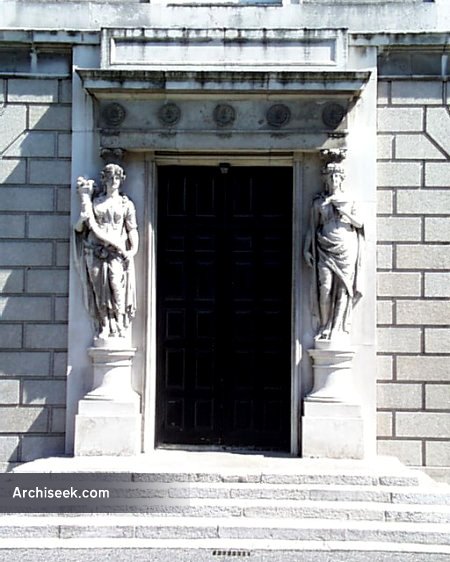 Edward Smyth was born in County Meath, and apprenticed to the sculptor Simon Vierpyl and subsequently by Hugh Darley the builder. Darley recommended him to James Gandon who cancelled work from Agostino Carlini and Thomas Banks in London. As a result Smyth carved many of the figures and riverine heads of the Custom House including Plenty and Industry, Commerce and the figures in the pedimented south front. Later he was to sculpt all the carving for the Four Courts and the King’s Inns. He was responsible for the additional sculptures added to the Parliament Building by Francis Johnston during its conversion to the Bank of Ireland.