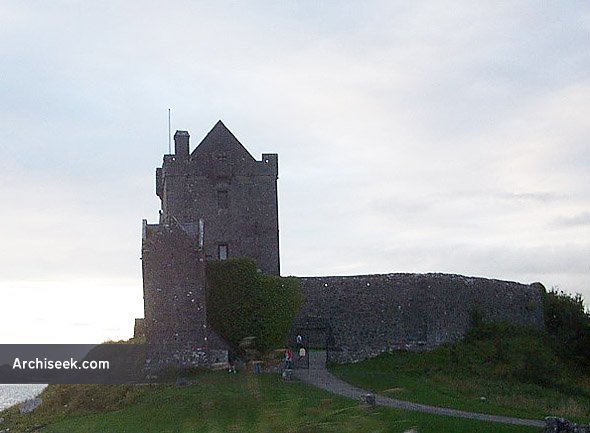 Dunguaire Castle, the principal towerhouse of the O’hEidhin clan, is located to the east of the village. This towerhouse is believed to have been built on or close to the site of Ráth Dúrlais the main residence of Guaire Aidhneach the 7th century king of Uí Fhiachrach Aidhne and Connachta. The enclosure on the small peninsula east of Dún Guaire is thought to be the remains of Ráth Dúrlais.

The castle’s 75 foot-tower and its defensive wall have been restored to excellent condition, and the grounds are open to tourists during the summer. The castle was built by the Hynes clan in 1520, a family who may have been associated with the area since 662. Dunguaire Castle was transferred in the 17th century to Oliver Martin. It remained in his family until it was purchased in the early 20th century by the surgeon and poet Oliver St. John Gogarty. Gogarty began restoring the castle and established it as the meeting place for the leading figures of the Celtic Revival, such as W.B. Yeats, George Bernard Shaw, Augusta, Lady Gregory, and John Millington Synge.