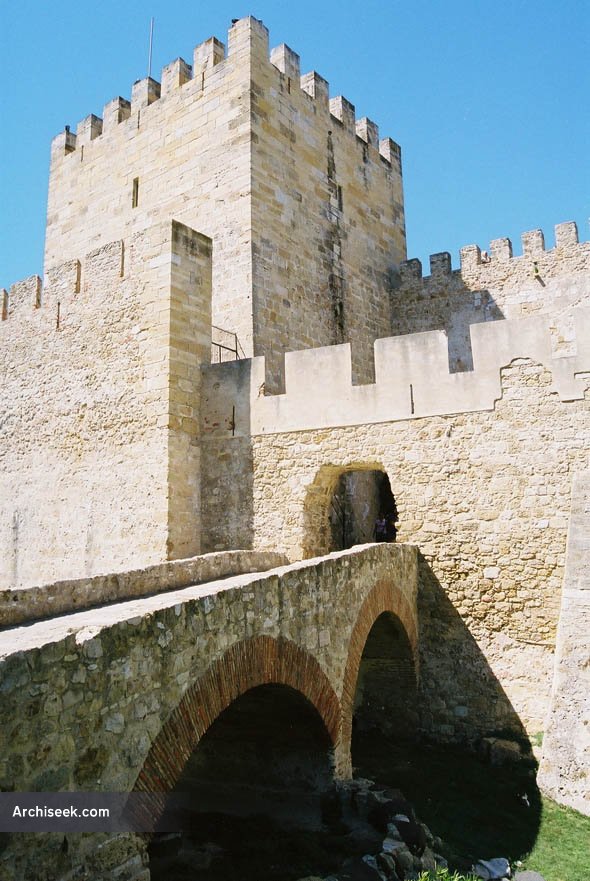 The Castelo de Sao Jorge stands above the center of Lisbon to the east. The origins of this former fortress date back to an Iron Age settlement on this site, which was occupied by the Romans in about 205 B.C.

Later the castle was used as a fortress by both the West Goths and then finally by the Moors. After its capture by Portugal’s first king, Afonso Henriques, in 1147 it was renovated and extended several times. It gained its present name in honor of the dragon killing St George, Portugal’s patron saint. Part of the complex was converted into a royal palace in about 1300 and the kings of Portugal resided here until 1511. In 1511 Manuel I moved into his newly built residence on the present day Praça do Comércio, then named after the royal palace Terreiro do Paço. Thus the Castelo de Sao Jorge lost its former importance.

After 1640 the complex was used as a prison and an ordnance depot. The earthquake of 1755 almost completely destroyed the walls of the buildings. It was not until the 20th C. that the castle was rebuilt as present day visitors see it. Early photographs of the town show a completely different picture of the castle. Between 1938 and 1944, under Salazar’s rule, the whole castle complex was restored.