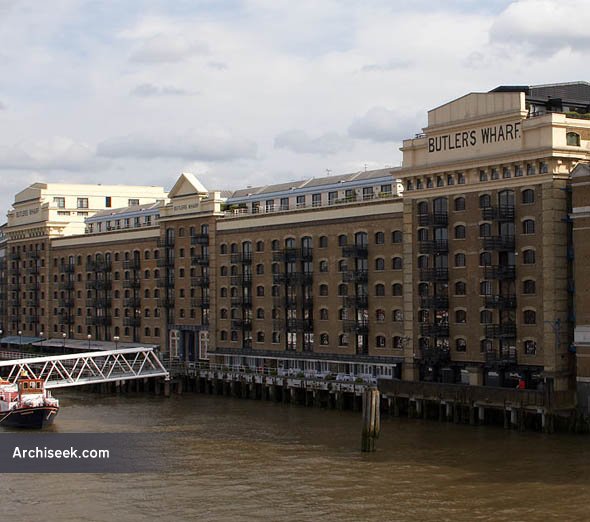 Butler’s Wharf was built between 1871-73 as a shipping wharf and warehouse complex, accommodating goods unloaded from ships using the port of London. It contained what was reputedly the largest tea warehouse in the world. During the 20th century, Butler’s Wharf and other warehouses in the area fell into disuse, became derelict before being repurposed as living space.