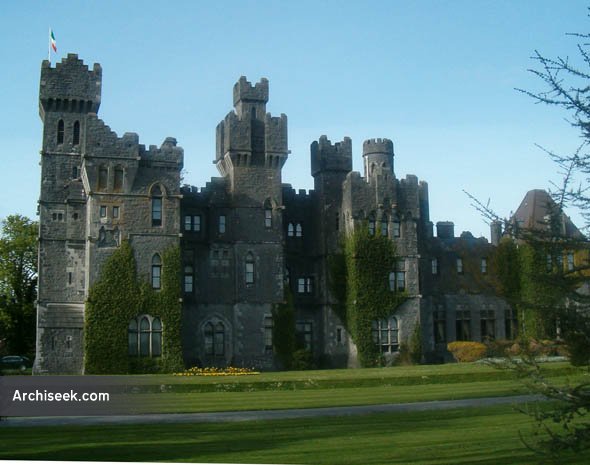 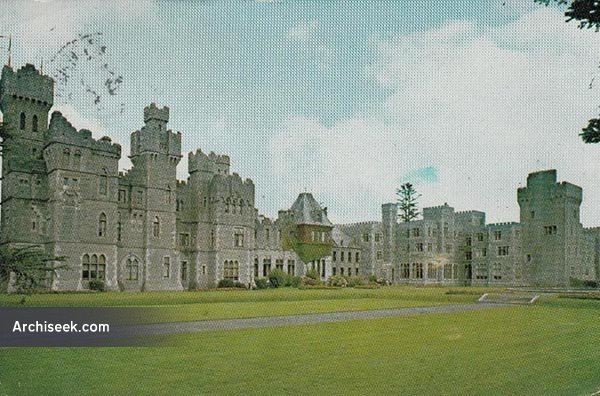 The architecture of Ashford Castle dates from several eras. The oldest section is a 13th-century Norman castle that once belonged to the de Burgh family. A house styled like a French château (the original Ashford House) was added in the 18th century. Between 1875 and 1881, Sir Arthur Guinness, who had inherited Ashford House from his father Benjamin, worked with architect Joseph Fuller to build this enormous home incorporating both the castle and the chateau. Throughout the 1880s development continued with George C. Ashlin designing gateways and lodges for the estate.