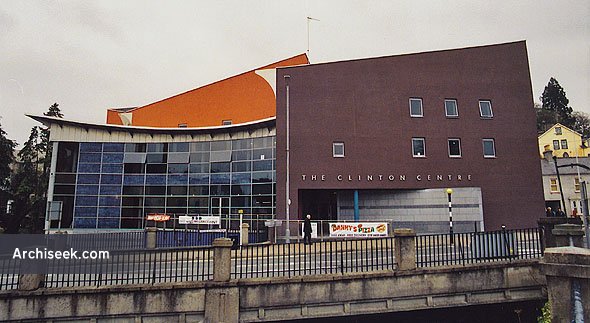 The Clinton Centre was built in 2002 and dedicated to Bill Clinton and his contribution to the Peace Process in Northern Ireland. Costing more than £3m it includes education and community facilities and an art gallery, and was opened by President Clinton. The centre is built on the site of one of Northern Ireland’s worst atrocities – the Poppy Day bombing which killed 11 people on Remembrance Sunday, 1987. It is a dramatic modern building and has renewable technology in the form of solar panels integrated into the design and solar water heaters.

The building sparked a furious and unprecedented debate about architecture in the letters columns of Fermanagh’s oldest newspaper, the Impartial Reporter, with critics declaring themselves “appalled” by what they saw as a “monstrosity”.