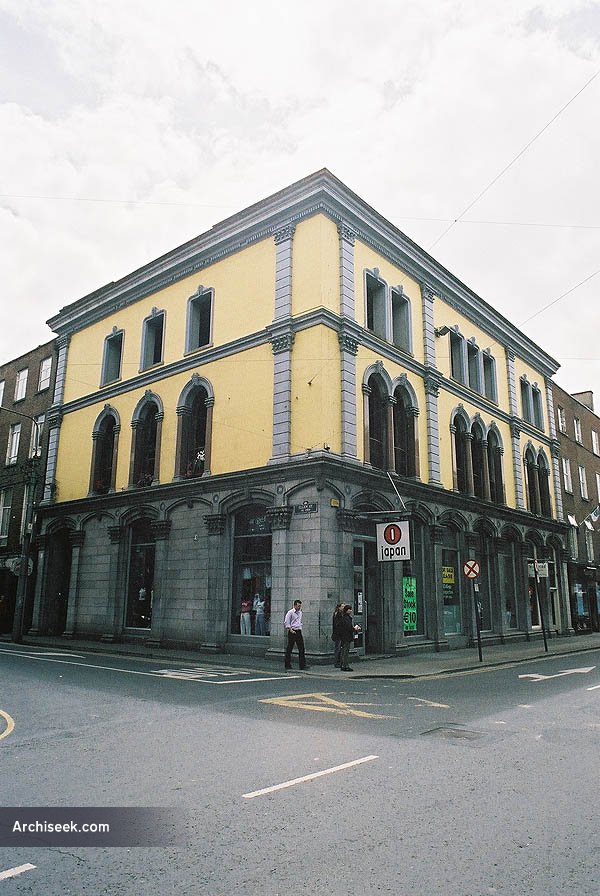 Former 19th century commercial premises now redeveloped. The original large shop premises at ground level has been subdivided into multiple units. The upper levels have also been gutted, however the building still has its 19th century grandeur. Inspired by the Venetian palazzi, its Italianate style is still impressive despite its alterations.