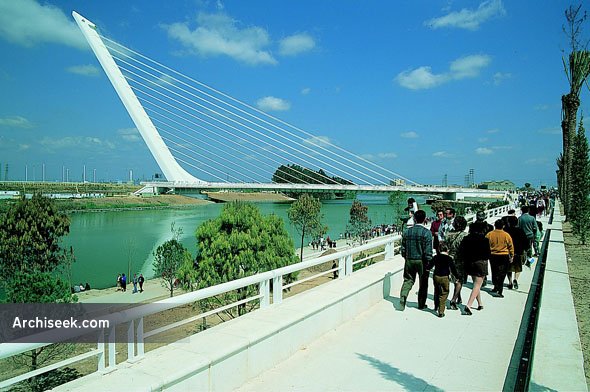 The Alamillo Bridge spans the Canal de Alfonso XIII in Seville, allowing access to La Cartuja, an island between the canal and the Guadalquivir River. The bridge was constructed as part of infrastructure improvements for Expo 92, which was held on a large site on the island. Construction of the bridge began in 1989 and was completed in 1992.

The bridge is of the cantilever spar cable-stayed bridge type and consists of a single pylon, counterbalancing a 200 m span with thirteen lengths of cables. The original intent was to build two symmetrical bridges on either side of the island.