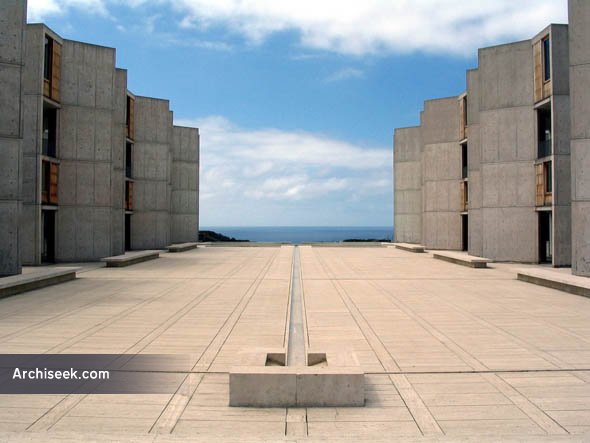 The Salk Institute for Biological Studies is an independent, non-profit, scientific research laboratory located in La Jolla part of San Diego. It was founded in 1960 by Jonas Salk, the developer of the polio vaccine. Designed by Louis Kahn and completed in 1963, Salk had sought to make a beautiful campus in order to draw the best researchers in the world.

The original buildings of the Salk Institute were designated as a historical landmark in 1991. The entire 27-acre site was deemed eligible by the California Historical Resources Commission in 2006 for listing on the National Register of Historic Places. The World Monuments Fund has listed the Salk Institute on its 2008 Watch List of the 100 Most Endangered Sites in the world. A proposed Master Plan would add over 240,000 square feet, most on the western side overlooking the ocean, and subdivide the property into four parcels.