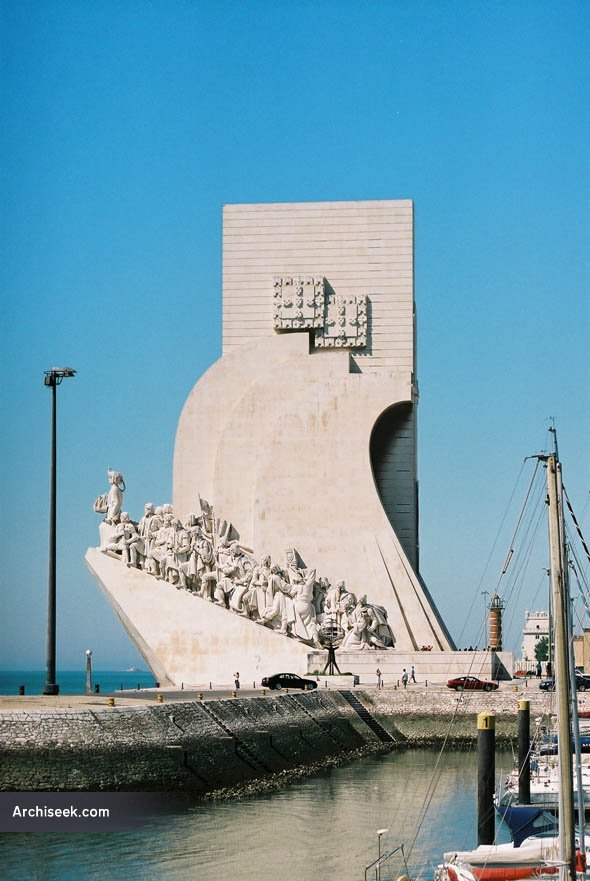 The Padrao dos Descobrimentos was completed as a model for the Portuguese world exhibition and erected on the bank of the Tagus in its current form in 1960. The official reason for the opening of the monument was the celebration of the 500th anniversary of the death of Henry the Navigator, who gained great honor in the “Estavo Novo”.

Cottinelli Telmo, the architect who was responsible for creating the whole area of the world exhibition, built the 177ft high Monument to the Discoveries, the figures on the two external sides are the work of the sculptor Leopoldo Almeida.

Viewed from the side, the symbolic meaning of the monument becomes clear: it is shaped like a ship’s bow and projects out above the water across the Tagus. Henry the Navigator himself stands right at the top of the prow behind him are a row of over sized figures, each from a different profession, yet each of which took part in some way in the voyages of discovery and conquest. Immediately behind Henry the Navigator are Manuel I and the poet Luis de Camoes. Stylized armillary spheres on both sides of the construction stand as symbols of the Portuguese sea voyages of that time. The front entrance is shaped like a huge swor