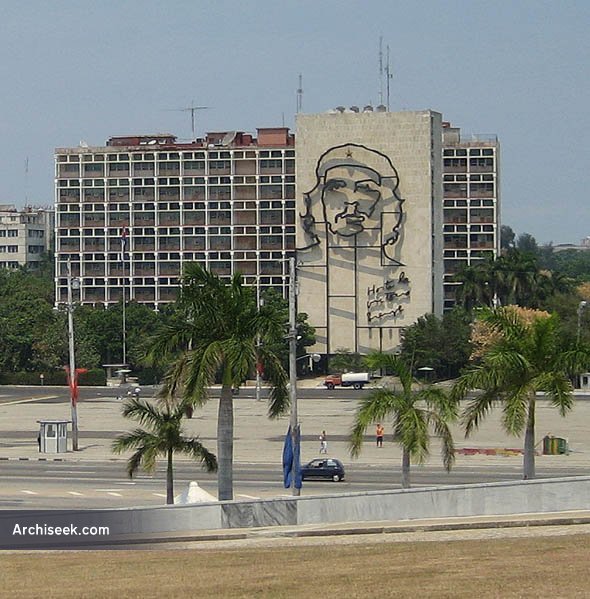 The Plaza de la Revolución is one of the world’s largest city squares at 72,000 square metres, the Square is dominated by the Jose’ Marti Memorial which features a 109 metre tall tower and an 18 metre statue of Jose Marti. The square was designed in 1952 under the Batista regime,and most of the buildings there are dated for 1950’s. Principal government ministries, including Fidel Castro’s headquarters, the National Library and the Ministry of the Interior, featuring a mural of Che Guevara are included in and around the Plaza.

Directly across the Plaza de la Revolución from the José Martí Memorial stands the Ministerio del Interior building, instantly recognizable by the enormous bronze wire sculpture of Che Guevara on the façade, which was completed in 1995.

This sculpture was based on the famous photograph of Che taken by Alberto Korda. The words which appear below Che’s image, “Hasta la Victoria Siempre” mean “Ever Onward to Victory” and were the signature in Che’s final letter to Fidel Castro before he was killed in Bolivia.