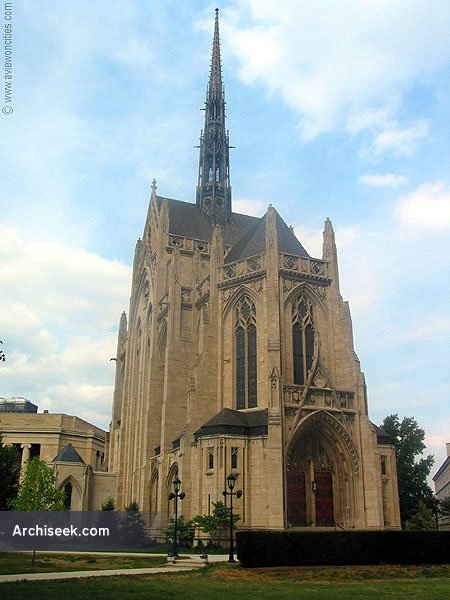 The Heinz Memorial Chapel began as a gift. Henry John Heinz, the founder of the H. J. Heinz Company, wanted to honor his mother, Anna Margaretta Heinz, with “a building” at the University. Mr. Heinz, who died in 1919, arranged to do that in his will. Mr. Heinz’s three surviving children added to his bequest in order to memorialize their grandmother and honor their father. Ground was broken for the Chapel in 1933, the cornerstone was laid in 1934, and the building was dedicated in 1938. Charles Z. Klauder, of Philadelphia, designed the building. Its style is neo-Gothic. The Chapel’s modified cruciform plan, stone vaults, high ceilings, repeated arches, and extensive use of glass are typical of American academic and religious architecture from about 1900 until after the Second World War.