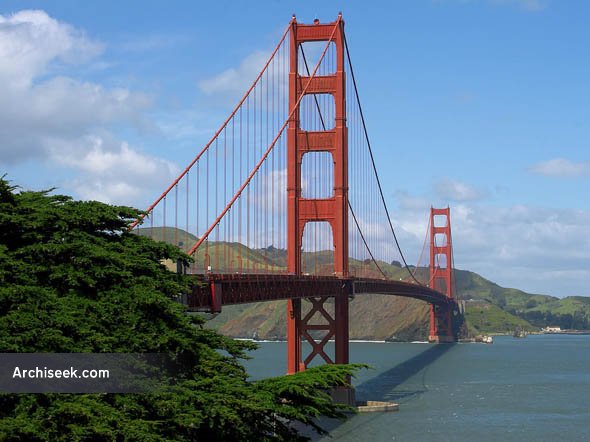 The Golden Gate Bridge had the longest suspension bridge span in the world when it was completed in 1937 and has become an internationally recognized symbol of San Francisco and the United States. Since its completion, the span length has been surpassed by eight other bridges. Although a team effort, Irving Morrow, a relatively unknown residential architect, designed the overall shape of the bridge towers, the lighting scheme, and Art Deco elements such as the streetlights, railing, and walkways. He also chose the colour.