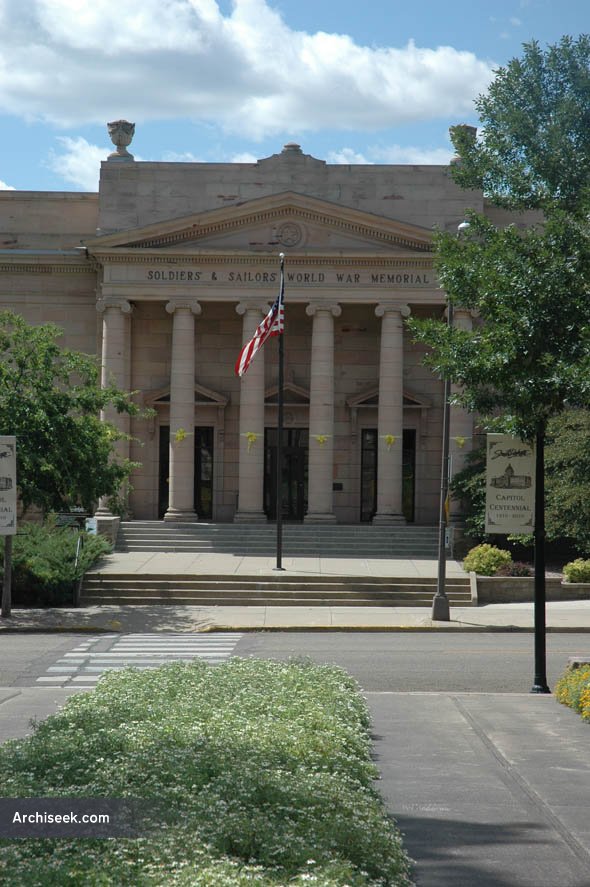 The memorial is constructed of steel and has sandstone facing. The front of the building has an impressive entry pediment with dentil molding and six Ionic columns as well as individual pediments over each of the doors. The interior contains a central hallway that opens to the second floor and flanking galleries, which are on both the first and second floors.

The idea for the memorial came after World War I, and the first fund drive to build it was in May 1919. When this drive failed, the plan lay dormant for 10 years until the Chicago and North Western Railroad Company made a gift of land to the State. The State accepted the land in 1931 with the sole purpose of erecting a Soldiers Memorial Building to house the South Dakota State Historical Society. In 1930, the State hired the firm of Wilford F. Blatherwick and John C. Hugill to design the memorial building. Established in Sioux Falls in 1921, the firm was one of the most active and skillful in South Dakota.