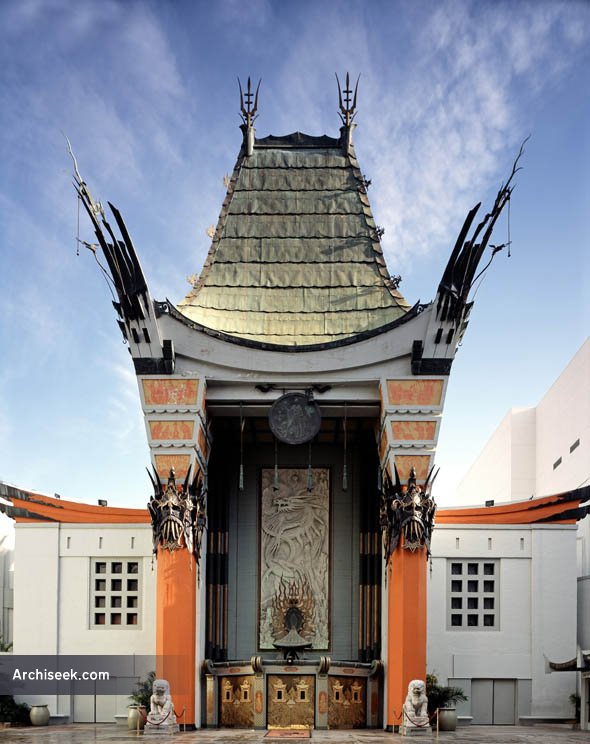 Built in 1927 by a partnership headed by Sid Grauman, the Chinese was intended to be the world’s greatest theatre. From 1973 through 2001, the theater was known as Mann’s Chinese Theater, owing to its acquisition by Mann Theaters in 1973. In 2002 the original name was restored to the cinema palace. The exterior of the movie theater supposedly resembles a giant, red Chinese pagoda. The architecture features a huge Chinese dragon across the front, two stone lion-dogs guarding the main entrance, and the silhouettes of tiny dragons up and down the sides of the copper roof. In 1968 it was declared a historic and cultural landmark, and has undergone restoration projects in the years since then. The free-standing ticket booth has been removed, making the plaza quite empty.