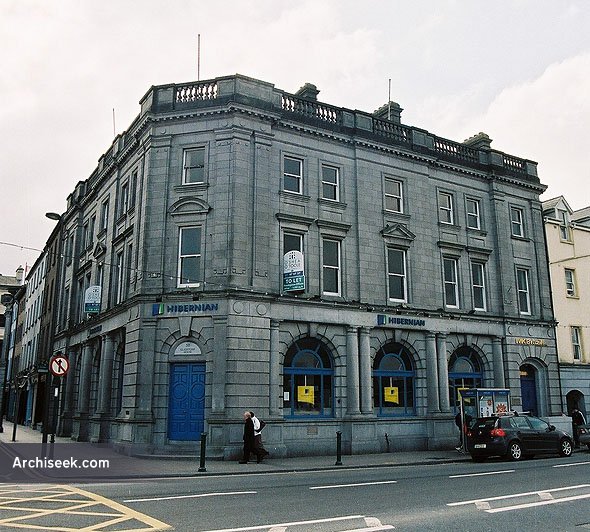 In the early twentieth century, most Irish towns had several banks. Over the years, a series of mergers resulted in the group AIB being created, and duplicate branches closed. This is one such branch, close to the current main AIB branch in Waterford. Now an office for Hibernian, it is typical of many bank buildings from this period. This limestone building has a three-storey chamfered entrance bay flanked by identical facades to both streets.