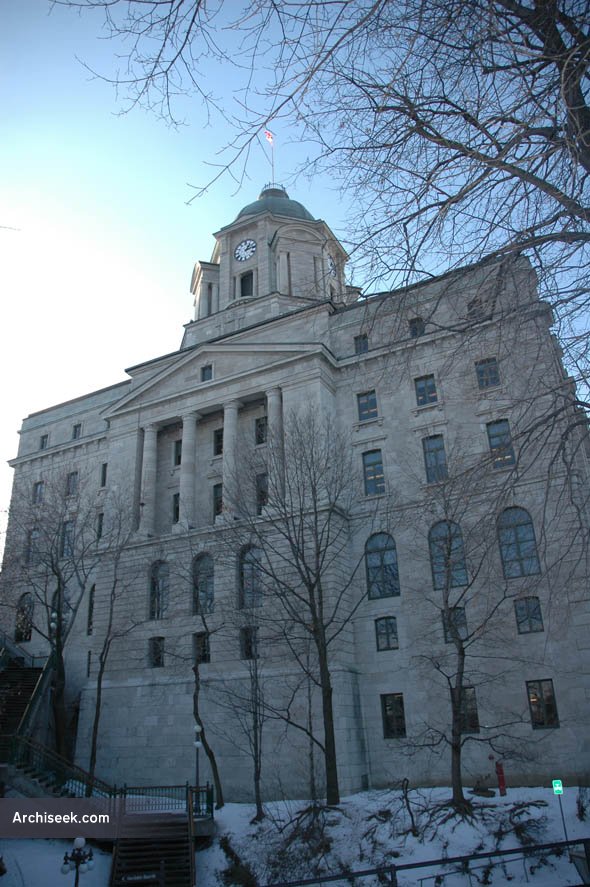 Quebec’s central postal office building, dated 1873 and designed by architect Pierre Gauvreau. In 1913, a false frontage with columns and a cupola were added on the side facing the river. The limestone building was renamed in 1984 to commemorate Louis S.-St-Laurent, Prime Minister of Canada of 1949 to 1958, which resided in Quebec, although it remains almost universally known as the Old Post Office. Today, it still houses a post office, with a stamp collectors counter and an exhibition hall. Next to the post office building on cote de la Montagne is the Monument Monseigneur de Laval, the first bishop of Quebec. It was the work of sculptor Louis-Philippe Hebert in 1908, and was made with bronze and granite.