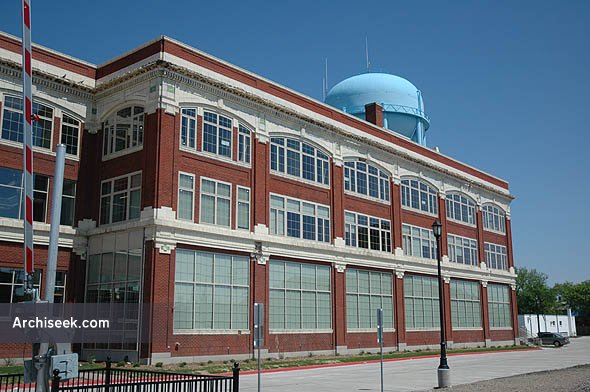 Built in 1914 as a Ford Assembly Plant, this fine building at 505 Broadway was built alongside the railway tracks for shipping of completed cars. An attractive building with large windows and crisp detailing, the cornice is currently awaiting restoration.

Architect John Graham Sr. designed many of Seattle’s most significant commercial buildings during the first half of the twentieth century. Many still form the core of the city’s historic commercial district. Born in 1873 in Liverpool, England, Graham learned the practice of architecture as an apprentice. In 1901 he moved to Seattle, where he began his prolific career. Following the design of the Seattle plant for Ford, Graham was selected as the company’s architect. He moved his family to Detroit and during the next three years designed more than 30 assembly plants in the U.S. and Canada.