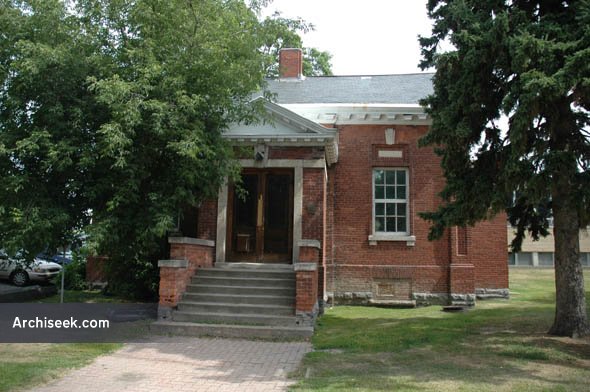 Built as the Land Registry Building and used as such until 1964 when the province constructed a new building. It was designed by Frank Heakes, who was chief architect for the Ontario Department of Public Works, who also designed the Courthouse across the street. During the period 1964-1986 it was used as a museum, until the new museum was completed. Currently vacant.