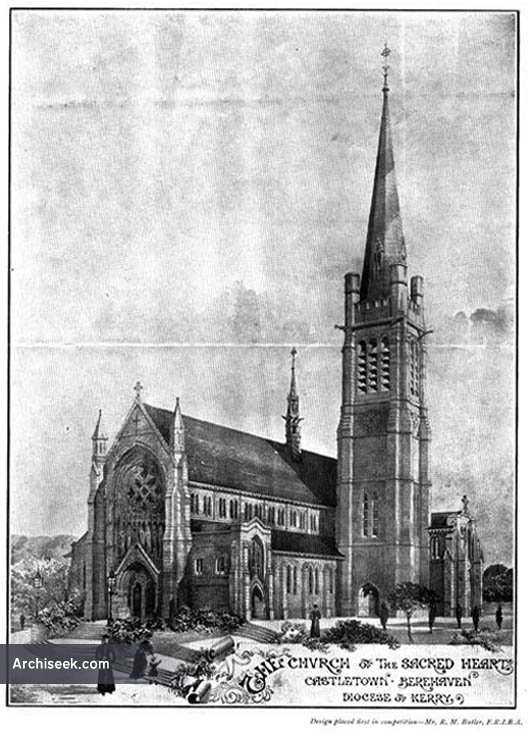 The Church of the Sacred Heart was built in an imposing Gothic Revival style in 1907-1911 on the site of an earlier 19th century chapel. Designed by the Dublin-based architect Rudolf Maximilian Butler (1872-1943) but completed without the tower and spire illustrated. The granite came from the Mourne Mountains in Co, Down and was brought by sea. Much of the funding was donated by British naval personnel based in Berehaven and by Irish emigrants in the US, and the foundation stone was laid on 22 August 1907.