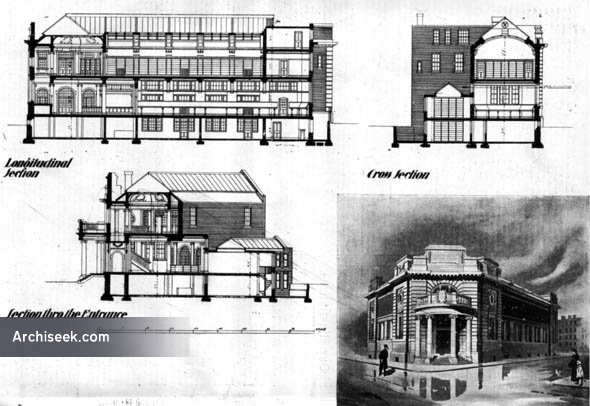 The result of an architectural competition. The Hackney Central Library was opened in 1908, closed in the 1990s, with a new library opened on the other side of Mare Street in Town Hall Square in 1999. In 2000 the old Library building was refurbished as the Ocean music venue and laerin 2011, became the Hackney Picturehouse cinema.