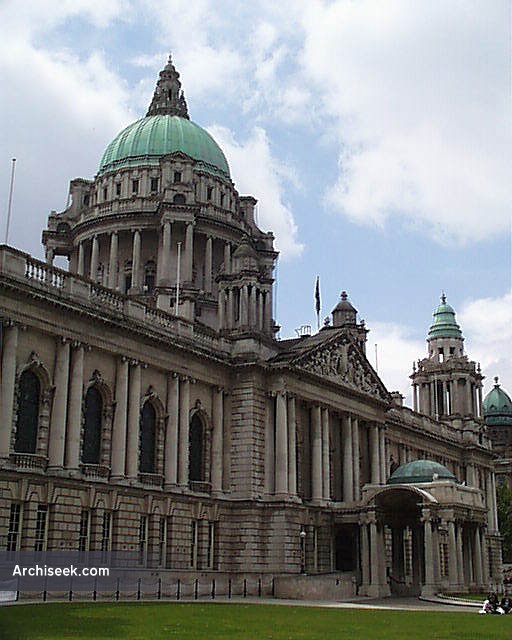 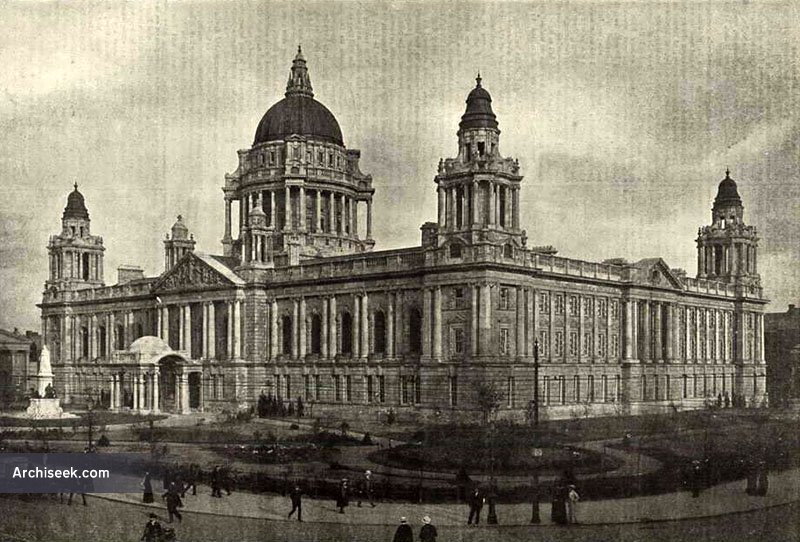 In 1888 Queen Victoria gave the town of Belfast the status of City. In response the citizens built the magnificent City Hall which today dominates the heart of Belfast. Negotiations to acquire the site in Donegall Square began in 1896 and a Public Architectural Competition was held, from which the design of Mr. (afterwards Sir) Brumwell Thomas was selected.

Work started in 1898 and the building was completed in 1906. The building covers an area of about one acre and a half and is set in gardens which are open to the public. It was built in the Classical Renaissance style in Portland stone and is rectangular in shape, enclosing a quadrangular courtyard. A Porte-Cochère marks the Grand Entrance. 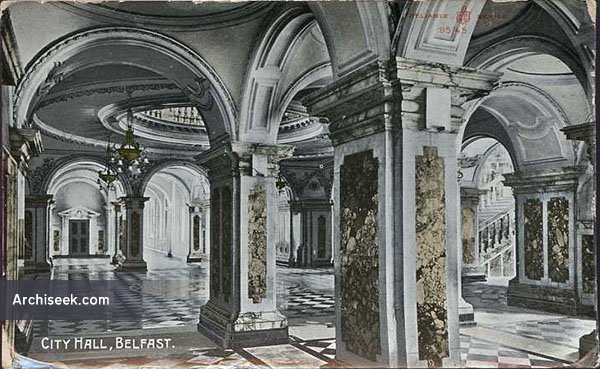 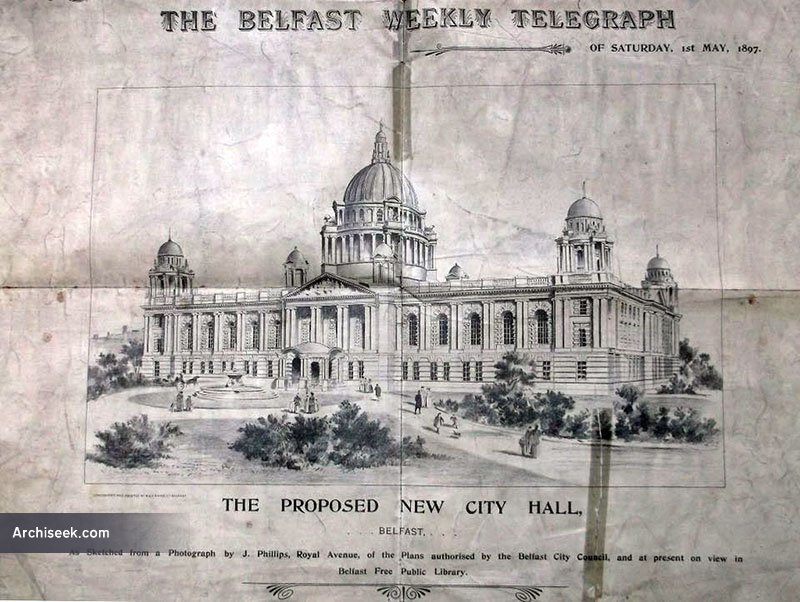 The interior of the building has several important rooms in addition to the grand staircase: the Council Chamber; the Great Hall, the Reception Room; and the East Staircase

The Council Chamber is 68 feet long by 38 feet wide, the centre bay having arches springing from piers 17 feet high, terminating in the richly decorated dome. The Visitors’ Galleries and oak panelled walls are beautifully carved.

On the eastern side of the building is the Great Hall, a massive 120 feet long and 57 feet wide, covered with a vaulted ceiling rising to 40 feet. The entablature, which is 23 feet above the floor, is supported by a range of coupled Corinthian columns. The Great Hall was almost totally destroyed by a German air raid on the night of 4th-5th May 1941. The stained glass windows had been removed for safe-keeping in case of such an eventuality and when the Great Hall was rebuilt the original windows (containing portraits of three British sovereigns who had visited Belfast and the four provinces of Ireland) were re-installed.

The Banqueting Hall is also hugh, 68 feet long and 38 feet wide, surmounted by a dome rising to a height of 36 feet with modelled plasterwork on the vaults and the domed ceiling. The Reception Room is 70 feet long and 26 feet wide, spanned by a barrel vault, terminating at either end in panelled semi-domes. The entire ceiling is enriched with modelled plasterwork. The East Staircase leading to the Great Hall is particularly bright and spacious, illuminated by seven windows each with a stained glass design of the Royal Arms.