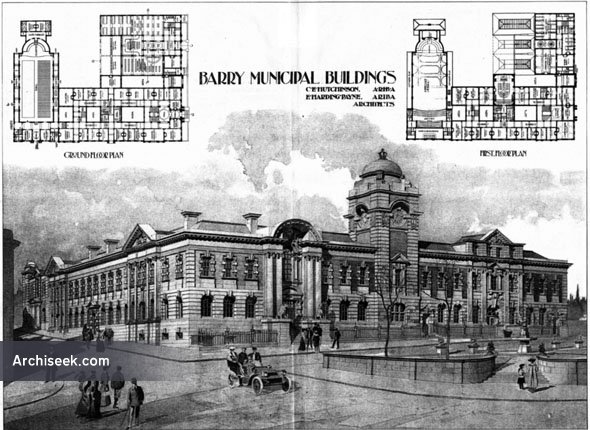 In 1903 a competition was held for the design of a new block of offices for the Barry Urban District Council. The assessor for the competition was Mr T.E. Collcutt, FRIBA, President of the Royal Institute of Architects.

Built to contain the town hall and local library. A grant of £8,000 was awarded by the Andrew Carnegie Trust. The building was completed in 1908,but construction of Phase II of the Town Hall was never started. After completion of the Town Hall, houses in Holton Road that fronted the site were demolished, and the land used as an open space which became later became King Square.

At the beginning of the 21st century the building was restored and a new wing was provided for the library.