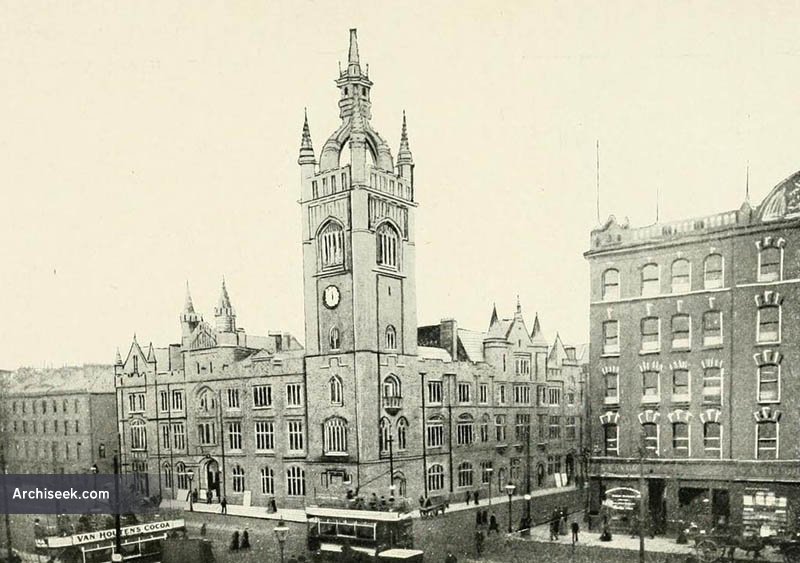 The architect Robert Young received this commission after he organised a competition with a completely unrealistic budget. Naturally none of the competitors could comply with it, so he was awarded the commission himself. The finished building is foreboding and dominated by the corner tower, various turrets, gables and pinnacles. Young’s building exceeded the original competition budget by some way – double the cost. 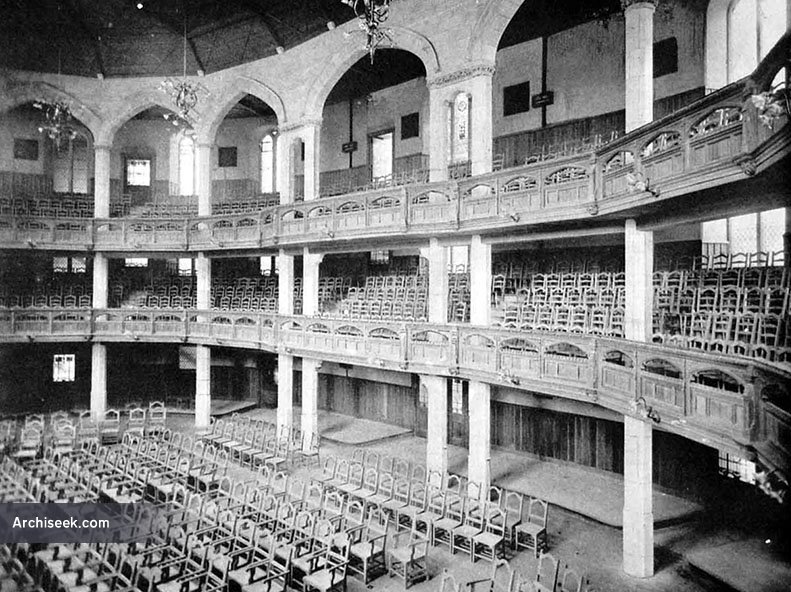 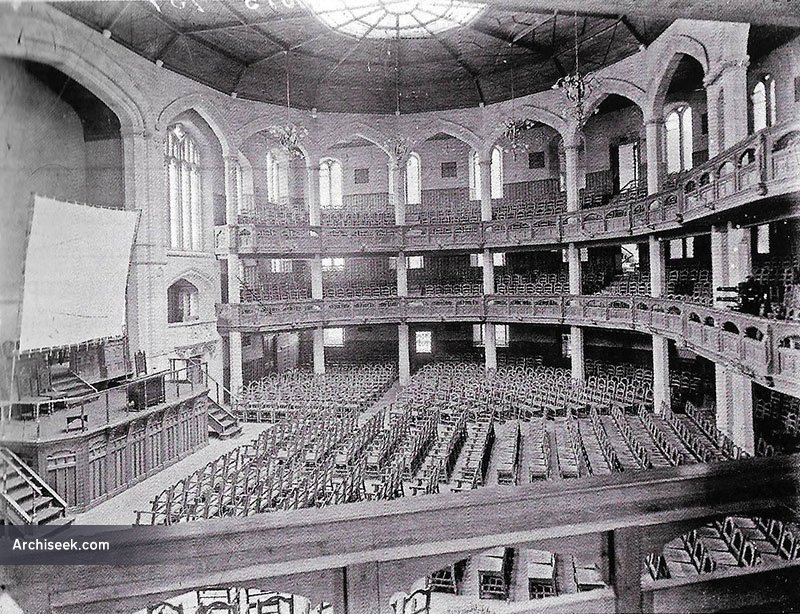 Originally there was a fine interior including a magnificent top lit, double apsed, double tiered assembly hall. The building has been converted into a small shopping mall and commercial offices.

An original drawing of one of the entries by William Alphonsus Scott (1871-1921) & Thomas Joseph Byrne (1876-1939) can be see here on the website of the Irish Architectural Archive.