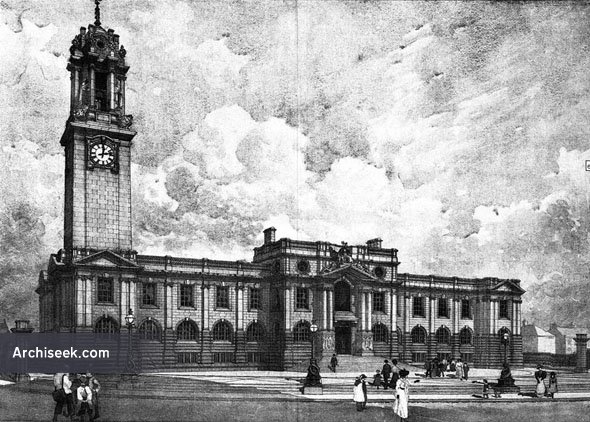 After many years of delay and debate about the best site for a new Town Hall to meeting the needs of the rapidly expanding Borough of South Shields, it was finally decided in 1900 to have a competition to find the best design for the prestigious new municipal buildings. A competition was hed in 1901, and was won by a London architect Mr Ernest E. Fetch. Ambitions changed, and the following year another competition was held for a costlier, and larger building. Again, this competition was won by Fetch, and his designs were finally accepted for buildings to cost £45,000. The foundation stone of the Town Hall was laid on September 27th 1905, with the completed building opening on October 19th 1910.