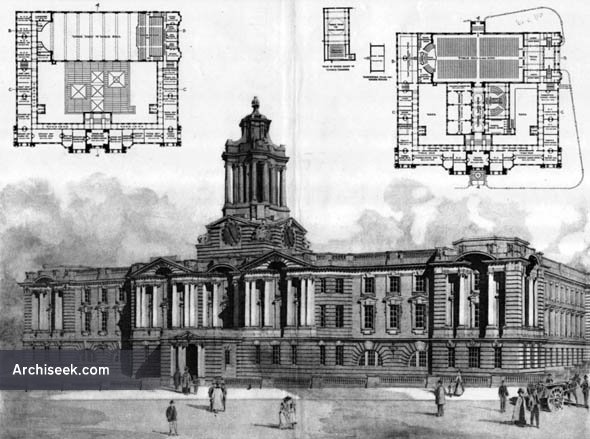 An imposing Italian marble entrance leads to the Edwardian Ballroom, which former poet laureate Sir John Betjeman described as “magnificent”. This contains a Wurlitzer organ formerly installed in Manchester’s Paramount Theatre and moved to Manchester’s Free Trade Hall in 1977 subsequently being moved to Stockport Town Hall and being opened at Stockport in late 1999. Designated a Grade II listed building in 1975, and upgraded to Grade II* in September 2007.

Some of Alfred Brumwell Thomas’s other notable works include Belfast City Hall and Woolwich Town Hall.