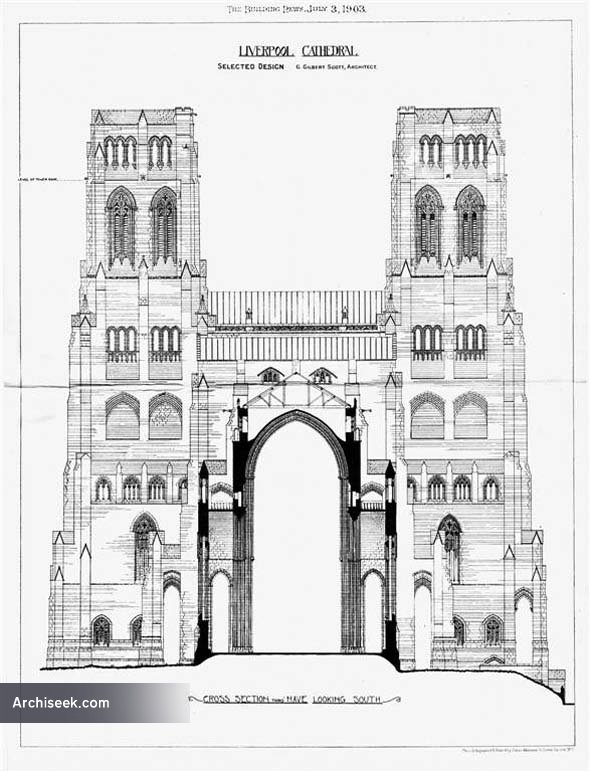 Scott is perhaps best-known for his work on Liverpool Cathedral. When the competition for a ‘Design for a twentieth century cathedral’ was announced in 1902, he began work on the drawings at his home in Battersea in his spare time. He was surprised to be one of the five architects selected for the second round of the competition (his employer’s designs were rejected) and even more surprised at the tender age of 21, to win in 1903. This was the second competition to design a cathedral for Liverpool. 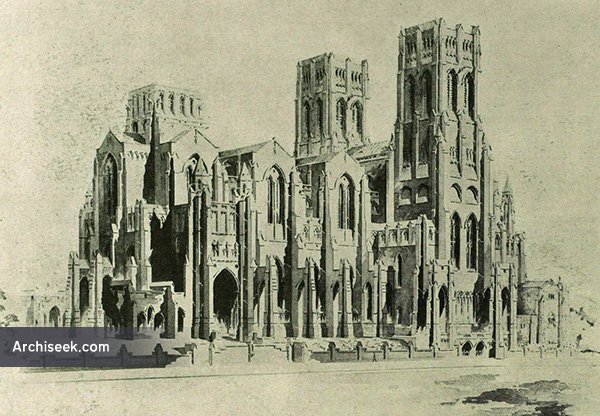 Because of his age and obvious inexperience, (he had previously only successfully designed a small pipe rack) it was decided by the Bishop and the Cathedral Committee that Scott should work with George Frederick Bodley, a more senior and experienced architect, on the new Cathedral. However, they did not get on, with Scott complaining that Bodley had taken on too much other work. Scott was on the verge of resigning when Bodley died suddenly in 1907. This allowed Scott to continue single-handed and he immediately redesigned the Lady Chapel (one of the parts then under construction) more in the style he favoured. 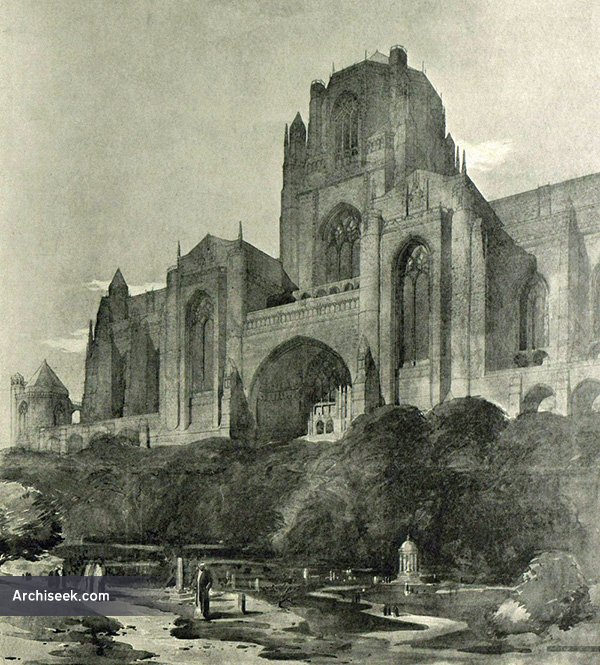 In 1910 Scott realised that he was not happy with the main design, which looked like a traditional Gothic cathedral in the style originated in the previous century. He persuaded the cathedral committee to let him start all over again (a difficult decision, as some of the stonework had already been erected) and redesigned it as a simpler and more symmetrical building with a single massive central tower instead of the original proposal for twin towers.