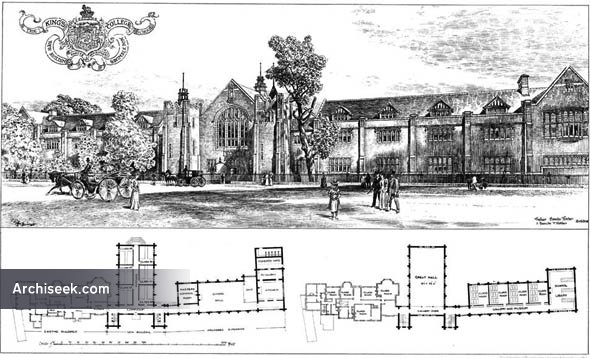 A Royal Charter by King George IV originally founded the School in 1829 as the junior department of the newly established King’s College, London. The School occupied the basement of the College in The Strand. During the early Victorian Period, the School grew in numbers and reputation. Members of the teaching staff included Gabriele Rossetti, who taught Italian. His son, Dante Gabriel, joined the School in 1837. The best known of the early masters was the water-colourist, John Sell Cotman. Many of his pupils became practising artists and architects. In 1897, falling numbers of pupils prompted the move to the School’s present site in Wimbledon, a fast growing suburb well served by the railway lines from Surrey and south London. The only remaining link between KCS and its former parent is that one of the KCS Board of Governors is nominated by King’s College London.