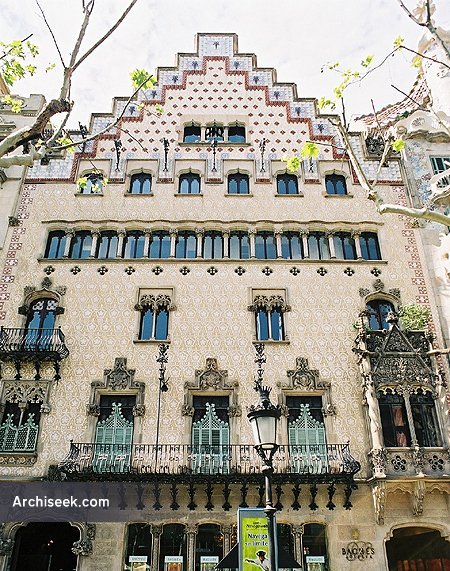 Part of the “Mançana de la Discà²rdia” or “Block of Discord”, the Casa Amatller is beside the Casa Lleó Morera and the Casa Batlló. This building with its stepped gable (more reminiscent of northern Europe than Spain) is Puig i Cadafalch’s most elaborate creation. The facade is largely influenced by religious Catalan Gothic (especially the window surrounds on the lower floors) but the architect has added some playful touches. The facade is covered in ceramic tiles with a slight metallic sheen.