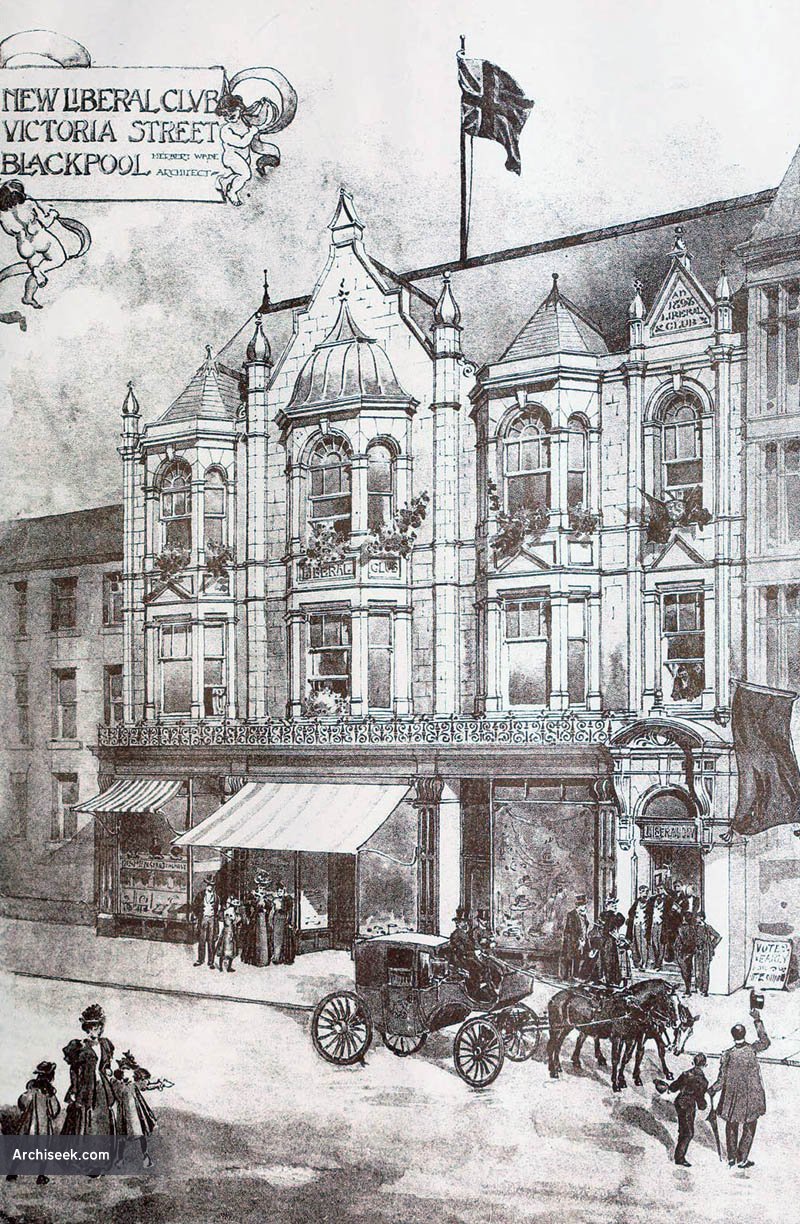 “The foundation-stone of the above club premises was laid by Earl Carrington on March 16th of last year, and they will be formally opened during the present month. The premises are situated in a very central position in the town (Victoria-street), and have frontages to two streets. The ground floor is utilised for shop purposes. The facing of front is of solid ashlar from the Nelson quarries. The rear elevation is of Accrington pressed brick, with Nelson stone dressings. The accommodation on the first floor includes the reading-room, smoke-room, assembly-room, and secretary’s office. On the second floor is placed the card- room, billiard-room (with accommodation for four tables), and the steward’s room. A lift runs from top to bottom. A feature of the building is the stained-glass staircase window executed by Messrs. Swain, Bourne, and Son, of Birmingham, in which are introduced excellent representations of the late Mr. Gladstone, Lord Rosebery, Sir Wm. Harcourt, and Mr. John Morley. The usual conveniences are placed on each floor. The total cost, inclusive of land, amounts to £S,000. The contract was let to Mr. S. Butterworth and Sons, of Blackpool. The plans were prepared by Mr. Herbert Wade, of Blackpool, under whose superintendence the work has been carried out.” Published in The Building News, March 17th 1899.