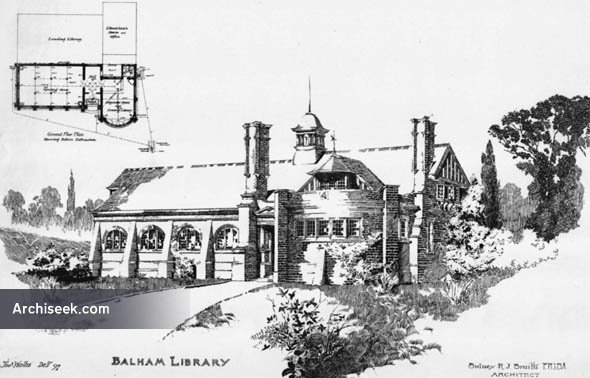 “This branch library, which will be opened in a few weeks’ time, is being built in two sections, the first of which is just completed ; the magazine- room being now used as a lending library. The library is under the control of the Streatham Libraries Commissioners. The materials used in construction are red bricks, Portland stone, and green slate, while all arches are done in a specially made red tile. The builder is Mr. T. Wallis, of Balham ; Mr. D. Bull being clerk of works. Considerable difficulty was experienced in the foundations as the building was on the site of an old gravel-pit, and piers (on which the building stands) had to be carried down very deep. The site was presented to the Commissioners by Mr. Henry Tate, J. P., of Streatham, and the library is being erected by them as a branch of the Streatham Library, which will be the central one of several branches.” Published in The Building News, April 15 1898.