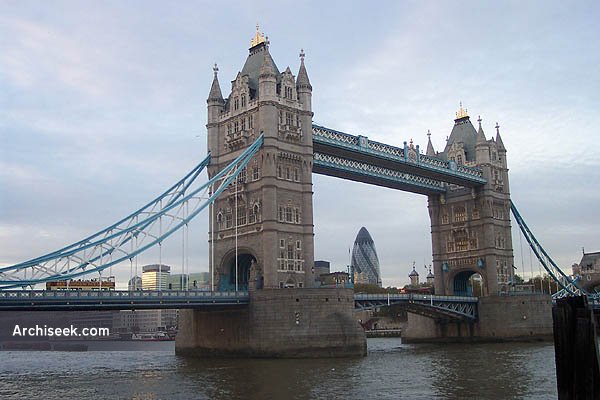 The Tower Bridge, named after its two impressive towers, is one of London’s best known landmarks. This Victorian Bridge is now more than 100 years old. Designed by Wolfe Barry and Horace Jones, and completed in 1894, the middle of the bridge can be raised to permit large vessels to pass the Tower Bridge. It used to be raised about 50 times a day, but nowadays it is only raised 4 to 5 times a week.