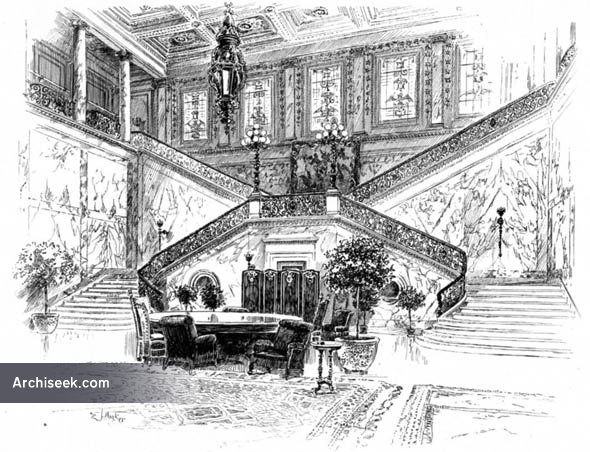 When J.P. Morgan, William and Cornelius Vanderbilt, and their pals arrived on the social scene in the 1890s, established society still looked askance at bankers and financiers, and its Downtown clubs were closed to Morgan and anyone else it considered less than up to snuff. Never to be slighted or outdone, Morgan commissioned Stanford White of McKim, Mead & White to design him his own club, bigger, better and grander than all the rest – and so the Metropolitan Club at 1 East 60th St was born, an exuberant confection with a marvelously outrageous gateway. The land on which the Clubhouse stands – 100 feet fronting on Fifth Avenue and 200 feet on 60th Street – was acquired from the Duchess of Marlborough who signed the purchase agreement in the United States Consulate in London. Still a private members club today.