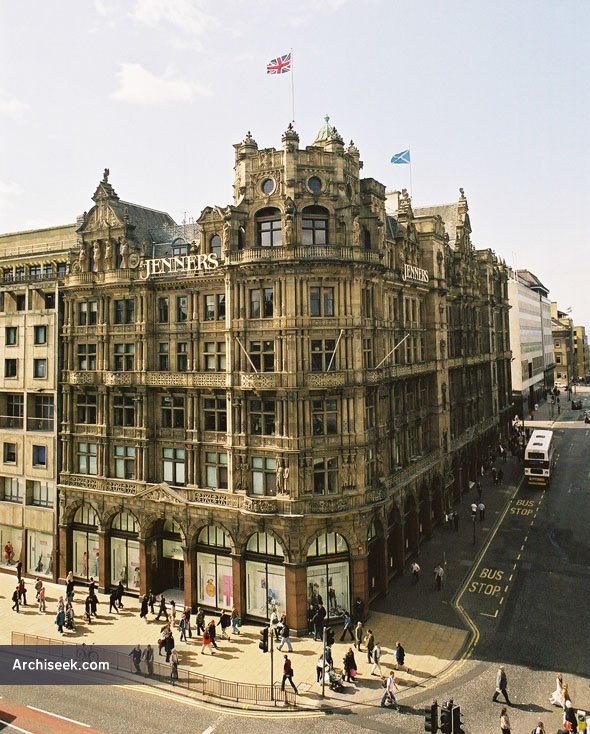 Jenners on Princes Street is not just a large department store, it is an Edinburgh institution – the Harrods of Edinburgh. Jenners is the oldest independent department store in the world, founded in 1838 and is still run as a family concern.

By 1892, the store had expanded greatly to become the largest retail business in Scotland, but in November of that year a fire burned the store to the ground. Architect William Hamilton Beattie was commissioned to create a grand new building, built in the Renaissance style using pink sandstone and lavishly decorated. The building opened in 1895 and incorporated every modern convenience, including extensive electrical lighting, hydraulic lifts, air conditioning.