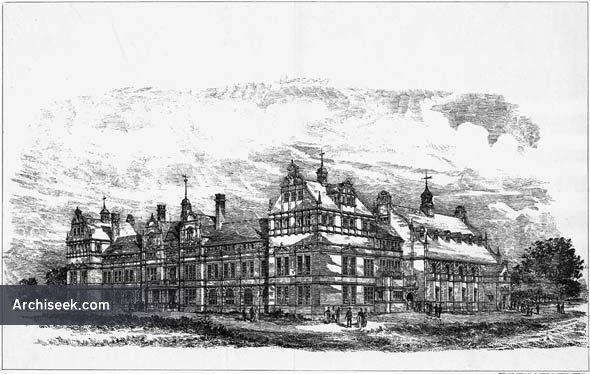 The Battersea Polytechnic Institute was founded in 1891 and admitted its first students in 1894. Its aims were to provide greater access to further and higher education for some of the “poorer inhabitants” of London. The Institute focused on science and technology subjects, and from about 1920 taught some classes for University of London students.

In 1956 the Institute was among the first to receive the designation “College of Advanced Technology” and was renamed Battersea College of Technology. By the beginning of the sixties the College had virtually outgrown its building in Battersea and had decided to move to Guildford. In addition to this, the Robbins Report of 1963 proposed that the Colleges of Advanced Technology, including Battersea, should expand and become degree-awarding Universities. In 1965 the university-designate acquired a greenfield site in Guildford from Guildford Cathedral, Guildford Borough Council and the Onslow Village Trust. The following year, on 9 September 1966 the University of Surrey was established by Royal Charter and by 1970 the move from Battersea to Guildford was complete