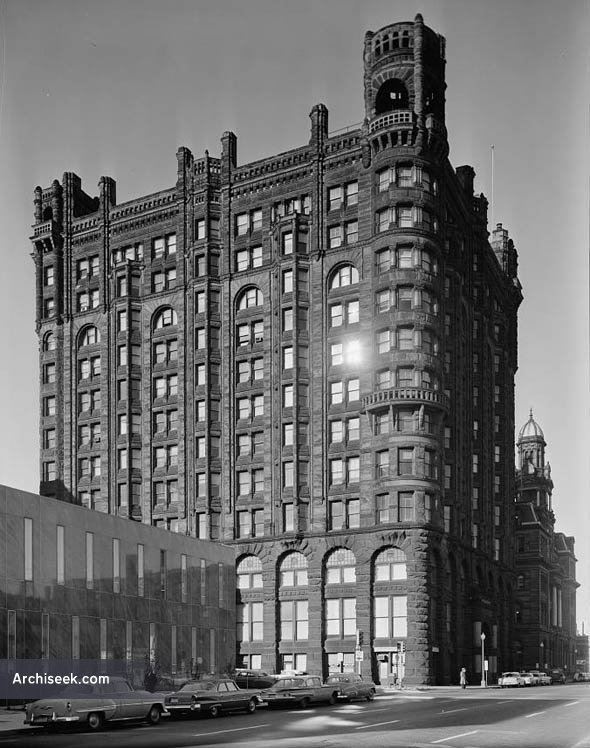 The Metropolitan Building, originally known as the Northwestern Guaranty Loan Building, is considered to be one of the greatest architectural loss in Minneapolis history. It stood from 1890 until it was torn down starting in 1961 as part of major urban renewal efforts in the city that saw about 40% of the downtown district razed and replaced with new structures. The demolition of this building and hundreds more in the name of Gateway District Urban Renewal sparked the contemporary Minneapolis historic preservation movement.

The building is considered to be the city’s first skyscraper, with 12 stories and standing 218 ft tall. It was the tallest commercial building in Minneapolis from 1890 until 1914, when the Soo Line Building, now called 501 Marquette, was completed. It was finished in granite and red sandstone, with the interiors in oak. A large skylight allowed the interior to be lit by natural light, and the floors of walkways circling the center court were translucent to allow more light to filter through. Many of the city’s most prestigious companies had offices in the Metropolitan. Upon completion, the building contained a Turkish Bath, rooftop promenade, concert garden, law library, and top-floor restaurant.