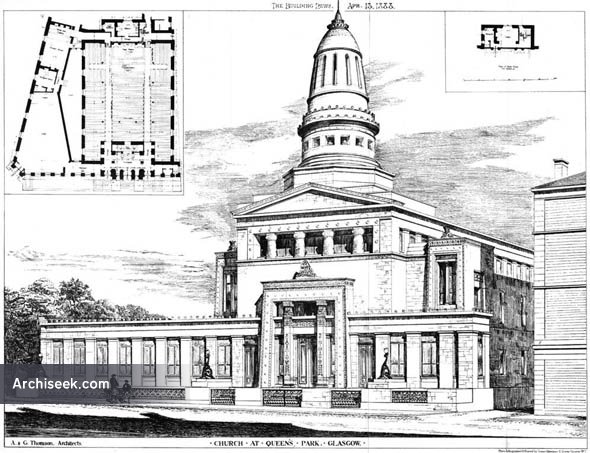 The United Presbyterian Church was designed by Alexander “Greek” Thomson, and destroyed in the Second World War when it was struck by a German incendiary bomb in March 1943. The destruction has been described as the largest loss to architecture in Glasgow