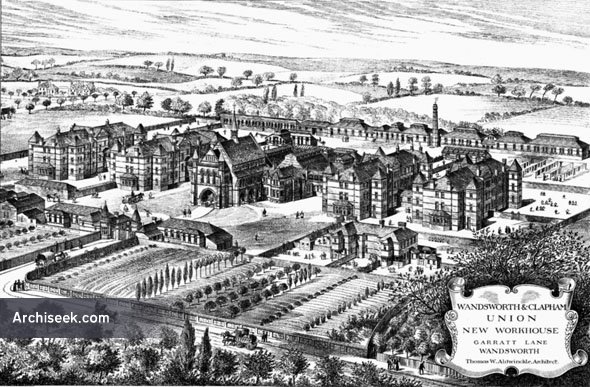 Very similar in design to the nearby Lambeth workhouse by the same architect. According to workhouses.org.uk: “The buildings consisted of a central administration block which also contained separate dining rooms for males and females, together with kitchens and a chapel. Flanking this were three-storey dormitory pavilions, with males placed at the east and females at the west. Separate areas were allocated to inmates of good and bad character. The full design provided accommodation for 1200 inmates, but only a cut-down version for 650 was actually built.” The buildings have now been demolished.