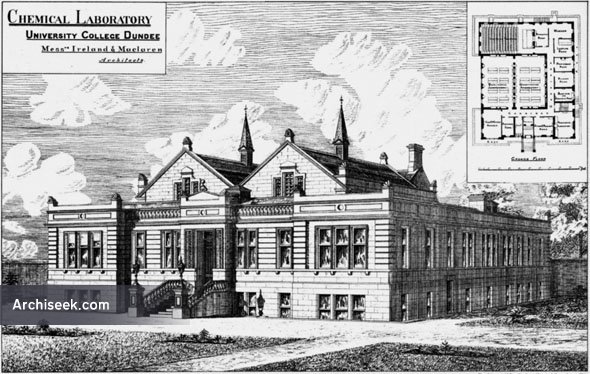 Front Perspective View including ground plan published in The Building News, February 12th 1886. A later second floor and Mansard roof were added. Now known as the Carnelley building, and was named after first Chemistry Professor Thomas Carnelley, who greatly influenced its design. The chemistry laboratory was the first building to be purpose-built for the new University College.